i guess it's too late 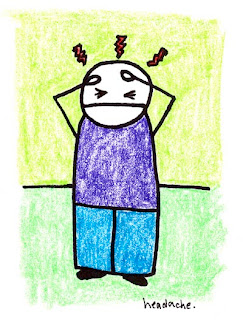 *sigh* yes, we went to the saucer again last night. and yes, i had too much to drink (hard to believe, i know). and yes, more foolishness from melissa haney, the taker of all dares. i was kind of in a funk when we left for the rock last night. i wasn't sure how the night was going to turn out. but, as predicted, people showed up, waitresses brought beer, and times were good. but that's not what all of this is about. i'm walking downstairs to play some pool (i think we've already covered that pool-playing is really my only talent in life) and i ran into a guy i went to college with who said more people i went to college with were downstairs. so i get down there and, lo and behold, a group of people i haven't seen or heard from in like four years. and there HE was, this boy who consumed my every thought back in those days. we literally spent most every waking second together back then, but always just as friends. he was just standing there. and he looked totally the same, but a little more grown-up. my hands were literally shaking. i'm telling you, when i was going to school with him, i was sure that i was in love. and i always wondered... and i think he may have wondered too... so, happy coincidence, yeah? actually, no. because everyone was there celebrating his forthcoming wedding. his wedding that is taking place today. which is probably happening right now. and he's marrying someone. maybe right this second. talk about a kick in the teeth. i still can't really wrap my head around it. has anything like that ever happened to you? i couldn't stop going over and over it in my head the rest of the night.
okay, so i realize this has no bearing on anyone reading this, so i won't be disappointed if no one comments despite my usual comment-whore-ness. but wow. i can't believe i ran into him after all this time. and on the NIGHT before his WEDDING. what should i make of that?
Posted by melissa at 12:14 PM

Labels: headaches in bars over boys from another time, whoa i really did not see that coming

I love you sweetheart. You can't let this mess get you down. You probably know what I'm going to say, but I'm gonna say it anyway: You're too good for him. You always are. The "hims" change, but you stay the same....phenomenal.

At least he didn't turn out to be gay. Now that's a kick in the teeth.