also titled: way back wednesday, in a manner of speaking 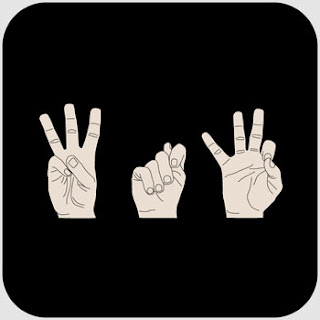 i've been experiencing a strange phenomenon as of late: i have been on the business end of some fairly interesting post-relationship contact with three ex-boyfriends, and have not at all been weirded out by hanging out with them. these guys have nothing in common except for me, so my initial suspicion that this is some elaborate plot to showcase me in the worst punk'd episode ever has since dissipated, and i've come to realize that perhaps this is something normal people do. we text, we call, we see each other accidentally and on purpose. we are... are we... is it possible that we've become... friends? i've never been a girl who stays friendly with once and former dreamboats, but neither have i been a girl who holds a grudge. so while i am surprised to be on the receiving end of any after-the-fact attention, i don't hate it at all. as a matter of fact, i'm kinda digging it. i mean, these dudes each knew me pretty well at some point(s) or another, and even after we exploded or evaporated or just ended, they still want to know me? that's good for my ego. maybe we'll get tired of each other the way we did before. or maybe we'll braid each other's hair and tell our deepest darkest secrets. or maybe we'll be casual acquaintances. i've always wanted one of those... i'll let you know how it turns out. :)
Posted by melissa at 12:43 PM

when one on them sets your shit on fire in your front yard, i would rec. never speaking to them again. HA.

I love it! Keep them in check girl, they all just know that you are awesome!

hahaha! Kat's comment made me laugh and think of some photos from that whole thing. I have another tidbit. When one of them calls you at 2am (yes...this happened this am) and says "I cheated on you.. a lot.. yada yada...everyone should get on the (last name here) train. Enjoy your Tulsa boyfriend." Um. Wow. Weirdo. hahaha.. I almost blogged that. I still might. teehee!

But enough about me.. good for you! I mean. why not.. I have an ex I was friends with for a long time! HE got married so we stopped being friends b/c we drifted.. but it really was just.friends. and I liked it. :)

Bahaha...nice kat! I like it. I am still friends with several of my exes. The not crazy coke head ones. So that's nice.

Hello from Russia!
Can I quote a post "No teme" in your blog with the link to you?