wednesday night's all right for fighting 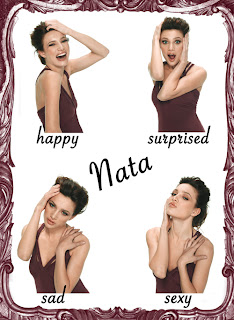 dear natasha, (c/o tyra banks, ANTM cycle 8), i despised you from the moment i first saw you on screen. you were tacky and thoughtless and only 5 foot 7". but, dammit woman, you've grown on me. you're no jaslene(you can say that again), but i must say a hearty "well done!" in regards to your performance on last night's episode. but, for safety's sake, don't quit your day job. 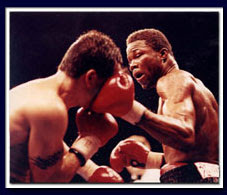 dear random UCA fraternity, fight night was badass. i hope you fed the "ring girls" (aka random sorority hoochies, aka future adequate strippers of central arkansas) some tequila before you sent them out to embarrass themselves that way. i envy their bravery and their orange-y tans. a few tips for next year: maybe you could start the show on time. some of us are getting older and can't be up so late. also, when you put a bulldozer in the ring (i seriously wish i had a picture of this guy. he was RIPPED UP. daaaaaaamn.), maybe you could pit him against someone who won't puss out in the first round. 250 lbs of fat cannot and will not demonstrate anything impressive against a solid 225 of sheer muscle. just heads up, you know.

Labels: since when do i need more than 6 hours' sleep?

Fraternity Fight Night? Really? Sounds like a good excuse to go ogle said "Bulldozer" without a shirt on. If I went to UCA, I would've entered Fight Night and won it. No, no I wouldn't have, but you can imagine what it would be like if I did.

I'm with you on the Natasha front. I thought she was totally bizarre at first, what with the whole 50-yr. old husband and such, but now she's moving up in the ranks of who I'm rooting for. What would we do w/o ANTM??!

soooooo i really enjoyed the part where you said natasha was no jaslene. i mean, i hate to beat a dead horse on this one, but she's not. nobody is. and if jaslene doesn't win the whole thing, i might have to stop watching. yes, tyra, i said it. I WILL STOP WATCHING.